Many Fairbanks House guests come here because they appreciate the historic nature of our inn – while enjoying all of the modern added amenities.  Many of them even have their own historic homes – or hope to have one someday.  We are often complimented on the 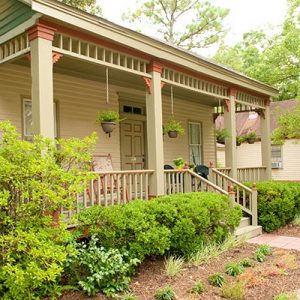 upkeep of our property, even though most recognize that it’s always a work in progress.  Anyone who owns a historic building knows that it is truly a labor of love.  Many times it feels like babysitting a petulant child or trying to put gloves on a cat.  Innkeeper Bill is the sole “keeper of the history” here at Fairbanks House, and he has many unrepeatable stories of woe – as any history-keeper has.  There’s paint that doesn’t want to come off, paint that doesn’t want to stay on, caulk that should never have been put on, horrors of renovations past that are causing horrors of maintenance present, hardware that doesn’t exist anymore, changing building codes that threaten to destroy the character of the building, existing codes that make it hard to get anything done, there isn’t a straight line in the house; the list is endless. 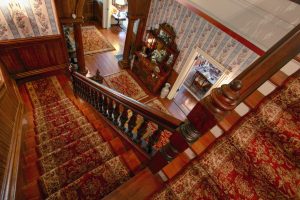 And then there’s the “good stuff”.  We are the protectors of a vision born in the 1800’s.  The architectural details of the house are interesting beyond words.  The walls are thick and the rooms are quiet.  There are tiles surrounding our fireplaces depicting both Shakespearean characters and Aesop’s Fables that were personally selected by George Fairbanks so that he could tell stories to the grandchildren in the evenings.  The library shelves were made from wood from the Fairbanks family’s orange groves.  The hinges on the doors were made in 1885.  We have a tower… a tower.

And there are many, many surprises.  We just had one recently.  For the first time in 20 years, we did some work on the owners’ quarters, which is in one of our – even older – cottages.  We just replacing some flooring and kitchen cabinets.  When taking down the old cabinets, we found drywall on one side of the kitchen, as expected.  But on the other side, we got a bit of a surprise.  It seems that the wall that adjoined the living room used to be where the house ended, and the 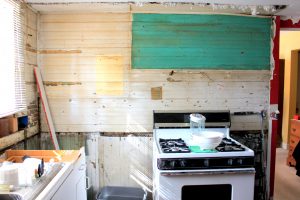 cabinets were attached to the original exterior siding with some drywall added surrounding them to cover up the rest of the old wall.  Very cool.  You can see that the colors in days past were quite “vivid”.  We’re told that in Victorian times, their dress had to be rather conservative – some say “boring” – so they expressed themselves in the colors and architectural details of their homes.  It made for some very happy streets.